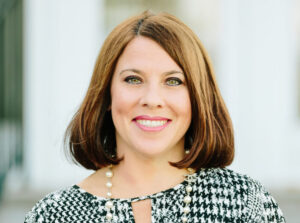 Dr. Lennan Masterson was born and raised in Frankenmuth, Michigan where she graduated in 1998 from Frankenmuth High School. She graduated with honors from Michigan State University with a degree in Human Physiology in 2002. She then attended the University Of Michigan School Of Dentistry and received her Doctor of Dental Surgery degree in 2006. While there, she conducted 2 years of endodontic research and co-authored two articles, pertaining to the study of endodontics, which were published in two well known dental journals. Dr. Lennan Masterson also served as the president of the School of Dentistry Honor Council. Following dental school, Dr. Lennan Masterson attended Boston University’s Henry M. Goldman School of Dental Medicine and received a Master’s of Science in Dentistry and a Certificate of Advanced Graduate Studies in the specialty of endodontics. While at Boston University she also conducted one year of research in oral biology. She graduated from Boston University in June of 2009, and has been practicing endodontics in the Grandville and southwest Michigan area since then.

In her spare time, Dr. Lennan Masterson enjoys spending time with her husband and their son Chase and their daughter Landon. Her hobbies include cooking, gardening, playing piano, and serving on the Board of Directors for Opera Grand Rapids.